History of the Houses 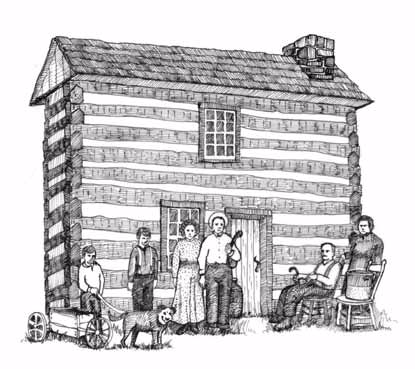 William Chambers built this two story log house in 1826 when he purchased the property from his father, John Chambers. John Chambers received his land warrant on June 5, 1786 and named it “Oneida.” Legend has it that this warrant was actually received from the Indians and was written on sheepskin. This 180 acres was located originally in Yohogania County, Virginia, until Pennsylvania and Virginia reached an agreement ceding this land to Pennsylvania in 1785. The house was probably professionally constructed by traveling carpenters who would mark off trees to be felled by the land owner. In the fall the white oaks would be cut and in the winter, after the ground had frozen, they would be dragged to the house site. The contractor would return to hew, notch and build the house in the spring. The deed was transferred to William and Lydia Chambers on January 16, 1826. 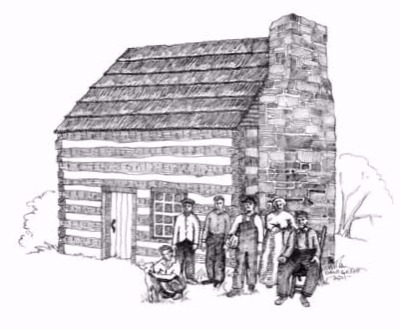 This original first generation log cabin was built in the 1780’s by William McGill and his wife, Margaret. The Pennsylvania land warrant was for 176 acres on July 10, 1786 under the name

“Gill Hall.” The cabin was built of mixed red and white oak with hewn logs and floor joists. It still retained its original pole rafters supporting the roof. The unusual dimensions of the house suggests that William McGill used an Old English measuring device known as an ell wand or an ell stick. This stick was 45 inches long and was used to measure cloth by weavers and tailors. The house was exactly 5 ells wide and 6 ells deep. 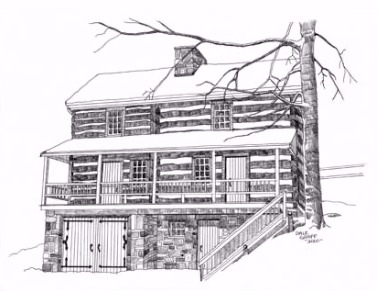 The Oak Noggin Bed & Breakfast, constructed from the above two log homes, is situated on 1 acre that was originally on land owned by Peter Stilley. The Pennsylvania land warrant was for 212 acres on January 4, 1812 under the name “StillWater.” His farm was on land originally settled by his father, Jacob Stilley in the year 1775.

"Happiness is a little fire, a little food, and an immense quiet." -Henry David Thoreau